By Betsy Myers – Former COO of the Obama Presidential campaign and Founding Director, Center for Women and Business, Bentley University

In a recent Atlantic Monthly article that exploded across the internet, Princeton professor and former State Department director of policy planning Anne-Marie Slaughter describes how she found that despite what many people had told her, she couldn’t “have it all.” With a rebellious teenage son at home in New Jersey, Slaughter found herself commuting back and forth to Washington, D.C., working a grueling schedule. After two years, she stepped down. 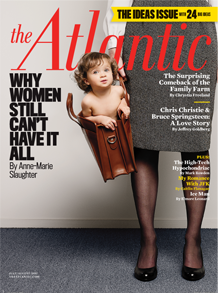 I can absolutely relate. In 2008, after two years on Obama’s Presidential campaign, I made a personal choice not to pursue a job in the new administration. The demanding campaign schedule had taken a toll on my family, especially my daughter, Madison, who was just 6. I knew that I could not keep up the pace that an administration job required and be present for my daughter in the way she needed at that time. Similar to Slaughter, I needed more flexibility.

Women in every socioeconomic class, at every stage of their careers, work hard to meet their responsibilities at work and at home. Too often, we feel we aren’t succeeding. Many women in my generation accept this as the way things are and hope it will be different for our daughters. However, if the workplace doesn’t change soon, the situation will only get worse.

Young women are avoiding leadership roles and extra responsibilities in the workplace. The Center for Women and Business at Bentley University (CWB) surveyed 1,000 Millennial Americans and found the single most-cited career aspiration of college educated young women was the ability to take time off to “raise their children and then be able to re-enter the workforce.” 70% of women (and 52% of men) felt that spending time with their children was key to being a good parent. In their minds, working without any flexibility or time for family is too high a price to pay for career advancement.

Can we blame these women for shaping their careers in a way that allows them to create a meaningful and fulfilling family life?

Many businesses know the workplace needs to change to accommodate the modern family reality. I talk to executives weekly who are distressed to see their most talented women leaving roles in which both women and employers have invested heavily.

Without serious changes in the way organizations structure their work environments, women will continue to lag behind men as leaders. At the Center, we’re working with businesses who want to better understand the struggles of working women. In an effort to hear the voices of everyone affected by the problem described by Slaughter and create sustainable solutions, we are initiating an online Idea Exchange. Through this forum, we’re asking both men and women to share their views, as we know this is not just a “women’s issue.”

We have a long way to go to improve the workplace for women. It’s a process and ultimately a mindset that has to be integrated into an organization’s culture at all levels. Only when men and women, employer and employee, work together will we succeed at bringing about real change.

To take part in the Idea Exchange launching on July 17, visit the CWB website.